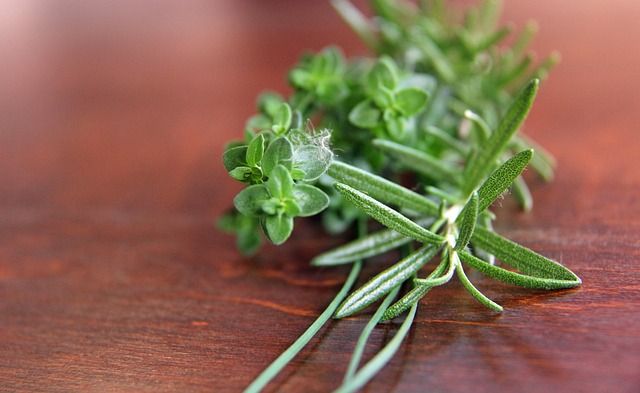 Greece is famous for its unique herbs and spices so it is not surprising that Greek cuisine is all about herbs – their fragrance permeates every island. Herbs grow so profusely in Greece that you cannot avoid crushing them underfoot as you walk. They grow as a wild carpet of the forests, scrublands and mountains in most islands and many people pick what they need from these shrubby native plants and grow their own pots of vital herbs like basil, thyme, oregano and mint on windowsills, patios and terraces. The Greek cook does not have to shell out exorbitant amounts of money for a handful of pre-packaged supermarket herbs that are far from fresh!

The excellent quality of Greek herbs and spices reflects the country’s long periods of sunshine and the variability of its landscape. This special landscape makes Greek flora so rich, that from the 7500 different species of plants growing in Greece, 850 of them are only found there. Some of the best herbs grow there naturally – herbs like chamomile; Mountain Tea; tilio (infusion of lime leaves), sage, thyme, oregano and basil are chosen above others by some of the celebrity chefs across Europe.

Herbs are loved all over Greece and have been part of the Greek culture for thousands of years. In very early times the most notable uses of herbs and spices were in medicine, in the making of holy oils and unguents, and as aphrodisiacs. Priests employed them in worship, incantations, and rituals. Ancient herbalists, including those of Greece, Assyria, and Egypt, testify to the use of herbs and spices and in the treatment of diseases. Hippocrates, the Greek “father of medicine” employed them in his everyday practice. Herbs and spices were for the first time used in food by the Prehistoric Greeks.

Spices from Greece like sesame, white sesame, machlepi, and cumin that are used in the Greek food are also highly thought of by renowned international chefs and the most valuable and expensive spice, red saffron, is cultivated in Greece.

Thus, the number of herbs and spice-producing plants that grow naturally in Greece is quite impressive. Generations of Greek cooks have focused on many that have now become essentials of traditional Greek cooking. However, recent years have seen an increase in imported herbs and spices, some of which have become immediately popular, while others less so. Herbs and spices can be found fresh and dried, flaked and whole, as leaves and stems, as seeds, in pods, and other variations.

Because of the many herbs and spices used on a daily basis, there is no one herb or spice that defines Greek cooking. But the following would be essential store cupboard items.