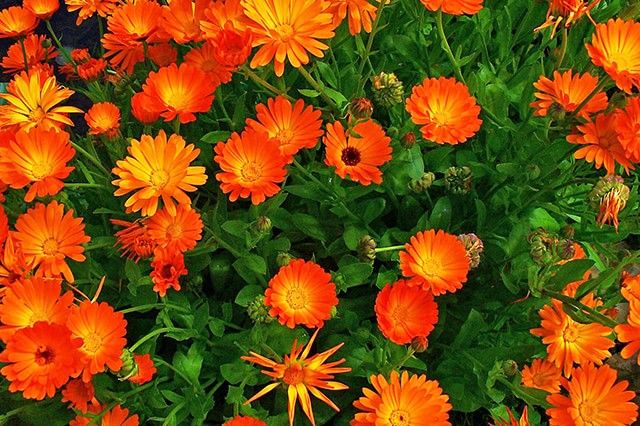 The early Christians called calendula “Mary’s Gold” – gold of Mary – and they placed it next to the statues of the Virgin Mary. The marigold was also one of the most sacred flowers of ancient Indians and they formed garlands tying twine calendula stems and flower heads and placed them around the necks of holy statues.

Calendula was considered by Romans a plant with magical powers, allowing people to see the fairies and women to select the right partner.

In Greek mythology there was a young woman named Caltha who fell in love with Apollo, the god of sun. She was melted by the power of his rays and in her place a solitary calendula flower grew. It is said that the grief and pain of melting from lost love can be dispelled by mixing calendula and roses together.