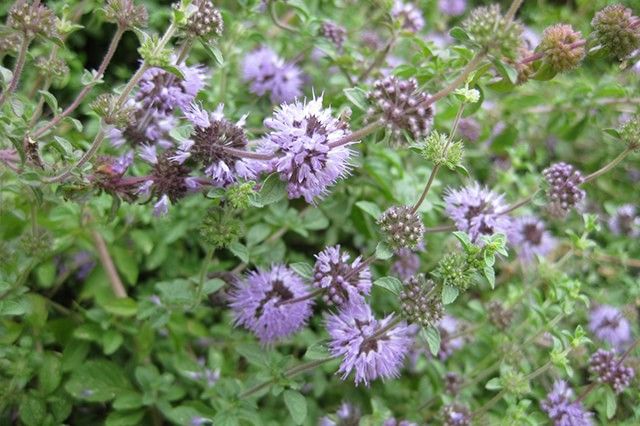 According to Greek mythology, Hades, ruler of the Underworld, fell in love with the nymph Minthi. Persephone, Hyades’s wife, became wildly jealous and began to trample Minthi. Hades rushed forward and transformed Minthi into a shrub to keep her near him always. Persephone was appeased, thinking that Minthi would be trampled for eternity beneath the feet of passersby, but Hades gave Minthi a wonderfully sweet fragrance he could cherish each time he passed by.
The word mint derives from the Greek “μέντα” (menta).