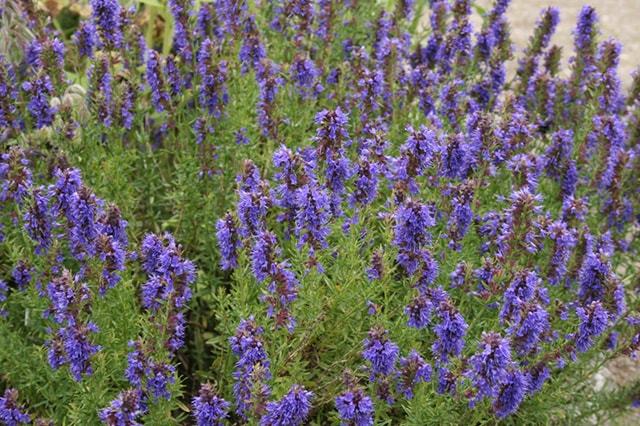 According to the Bible, ~Leviticus 14:49-56~ it was used to treat Leprosy. Because of its strong camphor-like odor, it was used as a cleansing herb. Moses used this herb as his secret weapon to free and protect his people from all harm. Solomon in his songs and proverbs praised the Hyssop that ~springeth out of the wall.~ Christ, on the cross was given Hyssop and vinegar. ~St. John 19:29~

Hyssop was known as the holy herb by the Greeks and was used for purifying temples and cleansing lepers. Today researchers discovered that the mold that produces penicillin grows on its leaf. Benedictine monks in the 1st century AD used it to flavor their liqueurs.

Tibetan priests offered Hyssop to their deities during sacred services and Persians used a concoction of Hyssop as a lotion to help give a fine color to the skin. Pliny remarked on its effect on one’s mind and taste and the Indians used it to benefit cavities and the tissues of the body while alleviating bruises and soothing cuts and wounds.