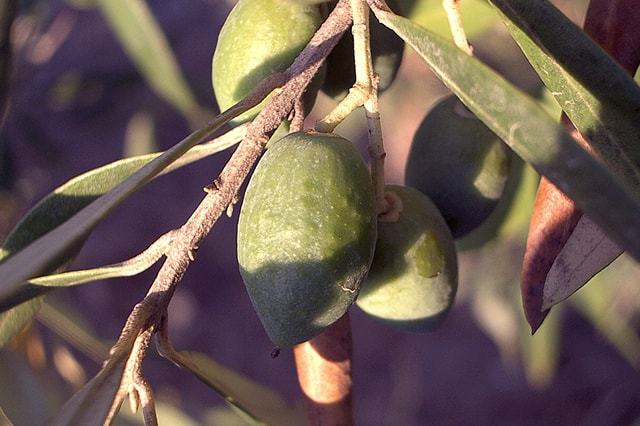 According to mythology, the olive was brought to the Greeks by Athena who taught them how to cultivate it. The well-known dispute between Athena and Poseidon over the name of the city of Athens is a characteristic example. There was a sacred olive tree at the Acropolis, the first olive tree that the goddess had given to the Greeks and 12 sacred olive trees at the Academia, the moriae, and the sacred olive grove from where the olive oil was given as a trophy to the champions of the Panathenaic Games. An indication of the significance that the olive trees had for Athens was that the Athenians depicted Athena on their coins with an olive wreath on her helmet, holding an amphora with olive oil or an olive tree branch.

Another tradition mentions that Heracles (whose club was made of wild olive wood) brought an olive shoot from the country of the Hyperborean (legendary people who the Greeks believed lived beyond the North or, according to another interpretation, in the sky) and planted it at Olympia. Olympic champions were crowned with a branch of this wild olive tree. The gold and ivory statue of Zeus at Olympia was also decorated with olive branches, a work of Phidias and one of the seven wonders of the world of antiquity.