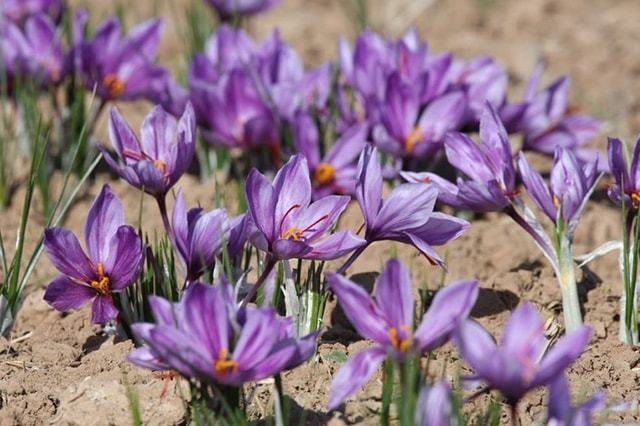 In classical mythology, Crocus (the Greek name of saffron) was a mortal youth who, was turned by the gods into a plant bearing his name, the crocus (saffron), because they were unhappy with his love affair with nymph Smilax. Smilax is believed to have been given a similar fate and transformed into bindweed.

In another variation of the myth, Crocus was said to be a companion of Hermes and was accidentally killed by the god in a game of discus. Hermes was so distraught at this that he transformed Crocus’ body into a flower. The myth is similar to that of Apollo and Hyacinthus, and may indeed be a variation thereof.