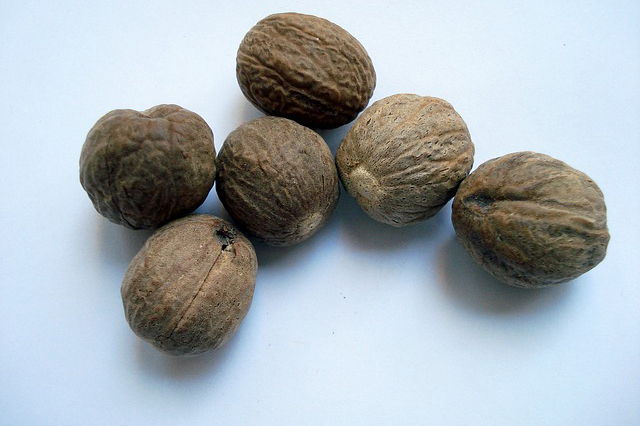 First brought to Europe from the Banda Islands by Portuguese sailors in 1512, nutmeg gained the reputation of a cure-all and was widely eaten as a tonic. It was even taken erroneously to procure abortions and was claimed as a cure for the plague. Known as rou dou kou in China, it has been used there since the 7th century.