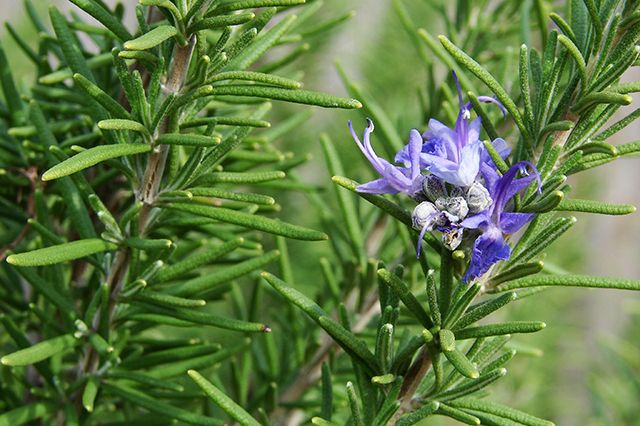 According to legend, it was draped around the Greek goddess Aphrodite when she rose from the sea, born of Uranus’s semen. The Virgin Mary is said to have spread her blue cloak over a white-blossomed rosemary bush when she was resting, and the flowers turned blue. The shrub then became known as the ‘Rose of Mary’.

To Egyptians of antiquity, rosemary for good for both the living and the dead. The herb was buried with the pharaohs. It was also believed to have magical powers to banish evil spirits. It was burned in sick rooms as a disinfectant, and was used to ward off the plague.

Perhaps the earliest written record of man’s use of rosemary dates from the 5th millennium B.C., by Sumerians in cuneiform on stone tablets.

As a medicine, various preparations and extracts made from rosemary were used to treat stomach and abdominal pain, to soothe mouth ulcers and sore throats, to lessen the pains of arthritic joints, to promote healing of wounds and of eczema. Rosemary is called “the herb of remembrance.” Rosemary tea is said to act as a stimulant for study and concentration.

In certain cultures, it was/is customary for the bride to have a sprig of rosemary in her wreath or wedding bouquet. Perhaps rosemary is Cupid’s “herbal matchmaker”, as suggested by the lyrics of an ancient ballad: “Young men and maids do ready stand, with sweet rosemary in their hands”.