Absinthe is a perennial plant that is found throughout Europe, Asia, North Africa and North America. The Roman soldiers used to put absinthe leaves in their sandals to avoid fungal infections and relieve aching feet during a march. Hippocrates mentions absinthe as a herb that facilitates childbirth. The Chinese use this herb since 500 BC, while today is an important herb in Moxatherapeia (burning of Absinthe at acupuncture points).

Wormwood contributes to the better functioning of the digestive system and metabolism of carbohydrates. This herb has previously been used as a powerful antimalarial herb, but now seems to be useful against cancer. It can also be used during menstruation, because it helps normalise the menstrual period. It can be used for diabetes mellitus, obesity and rickets.

The wormwood pairs perfectly as a spice with roast pork, game roasted, steamed fish, roast duck, goose, eel and white cabbage. However, it is commonly consumed as a beverage. Last but not least, this herb is the basic ingredient of the famous alcoholic spirit absinthe. 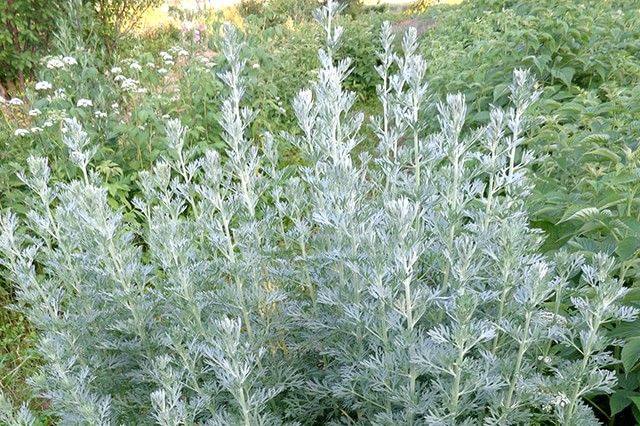 Learn AboutAbsinthe / WormwoodBenefits Health Benefits It is promoted for treating digestive problems and worm infections. The medicinal or active components in wormwood are the essential oils, anabsinthin, absinthin, resins, and organic acids. The bitter taste of wormwood is caused by the glucosides absinthin and anabsinthin and several related compounds. Some people apply wormwood directly [...]

Side Effects of Absinthe / Wormwood

Learn AboutWormwoodSide Effects Wormwood is likely safe when taken by mouth in the amounts commonly found in food and beverages including bitters and vermouth, as long as these products are thujone-free. Wormwood that contains thujone is possibly unsafe when it is taken by mouth. Thujone can cause seizures, muscle breakdown (rhabdomyolysis), kidney failure, restlessness, difficulty [...]