The origin of this spice is from Sri Lanka (Ceylon) and it was extensively used by Arabs and Indians, but nowadays is one of the most common spices of the Mediterranean cuisine. Cinnamon is probably the most famous spice all over the world and it has been loved by many races. This love was the cause of the war that French, Portuguese and Dutch started in order to conquer Ceylon.

The benefits that we gain from this spice are innumerable. One of the most important is that cinnamon has antibacterial and antiviral activity, protecting ourselves from infections. Also the consumption of this spice has the ability to reduce the levels of LDL cholesterol. Cinnamon contains large amounts of antioxidants, manganese, iron, calcium and fiber.

Despite the fact that the origin of cinnamon is not from the Mediterranean, it has been adopted by Mediterranean people years ago. There is a great variety of traditional Greek dishes that have the characteristic smell of cinnamon. It can be added in meat, fruits, potatoes and almost anywhere that you desire. Moreover, cinnamon is used in cakes, marmalade and pastries. 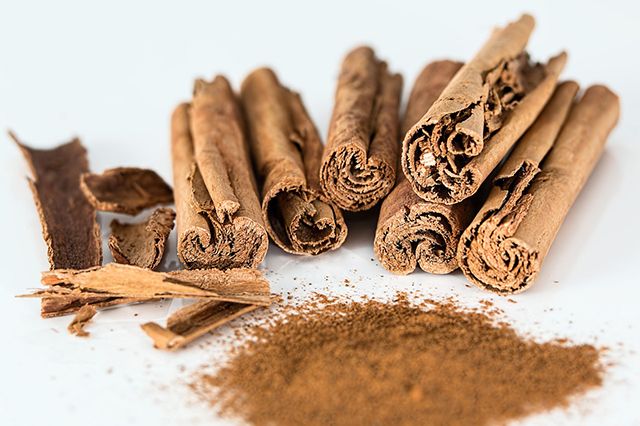 Learn AboutCinnamonBenefits Health Benefits The high levels of antioxidants that it has, can contribute to reduce the risk of cancer, heart disease, Alzheimer's disease and muscular degeneration. Cinnamaldehyde, cinnamyl acetate and cinnamyl alcohol are the three basic ingredients of cinnamon, which are very helpful. The cinnamaldehyde helps to address harmful blood platelet coagulation, which can lead to [...]

Learn AboutCinnamonMythology References to cinnamon can be found in the Bible and on Egyptian papyri, not to mention in Shennong’s legendary 5000-year-old herbalist. Shennong was a mythical Chinese emperor and hero of Chinese mythology. His name means “Divine Farmer” as, according to tradition, he taught the people to cultivate many plants. He was also the [...]

Side Effects of Cinnamon