Coltsfoot is an herbaceous perennial plant with yellow flowers that looks like small daisy. It grows on moist soils, mainly in Europe and northern Asia. It is known since ancient times, mainly as a medicine for the treatment of respiratory problems. The Greek physician Dioscorides and the Greek doctor Hippocrates, were using it as a medicine.

Coltsfoot is used for the treatment of chronic cough, catarrh, sore throats, bronchitis and asthma, as it has expectorant and emollient properties, due to the soaps, flavonoids and other valuable substances that it contains. It is also used to relieve arthritic and rheumatic pain and toothache.

Coltsfoot is not used in cooking. It is consumed as a herbal tea, for its beneficial properties.

Warning: Coltsfoot can be toxic, when it is consumed in big amounts. Always take care. Historical use of 4.5 to 6 g/day of crude herb has been documented. (Drugs.com) 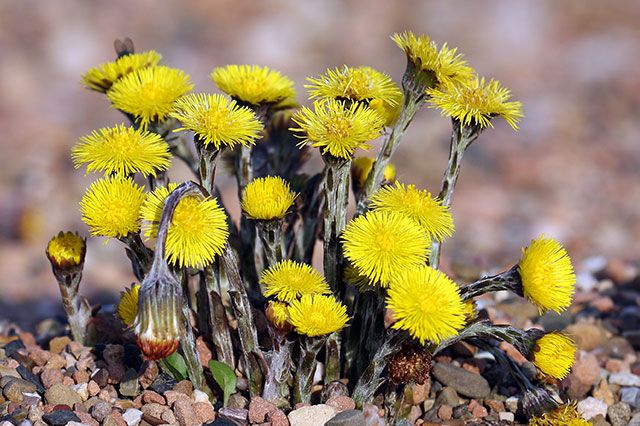 Side Effects of Coltsfoot

Learn AboutColtsfootSideEffects Coltsfoot is considered unsafe for anyone, but people with the following conditions should be especially careful about avoiding this plant.   Special Precautions & Warnings: Pregnancy and breast-feeding: Coltsfoot preparations containing hepatotoxic PAs might cause birth defects and liver damage. It is not known whether coltsfoot preparations that are free of these chemicals [...]