Corinthian raisins considered as a black fruity ‘’gold’’ for thousands of years. It is not a coincidence that it grows in Greece since Homeric times and the first reports of its trade were written in 12th century B.C. Zante currant is a superfood which is produced only in Greece and especially at Peloponnese (or Peloponnesus). This kind of raisin is a result of naturally dried grapes from the Vitis vinifera variety.

Zante currants are one of the most nutritious dried fruits in the world. Black raisins are cholesterol-free, low in sodium and totally fat-free. Furthermore, they provide many necessary vitamins and minerals, including iron, potassium, calcium and certain B vitamins. This superfood is a good source of fiber and rich in antioxidants. Another impressive advantage of raisins’ consumption, despite the fact that it is a very sweet product, is that it seems to have positive effect on people who suffer by type B diabetes.

Corinthian raisins can be consumed plain. However, they can be added in rice, pastries and in cooked meat. You can begin your day by adding a handful of raisins in yogurt to create a breakfast with high nutritional value. 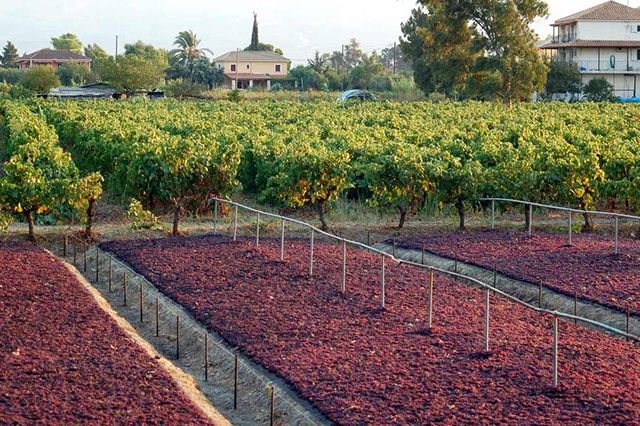 Learn AboutCorinthian Black RaisinsBenefits Health Benefits Black raisins are 70% pure fructose (a natural form of sugar) which is easily digested for quick energy. So a handful of them will boost your body. As in grapes, raisins also contain the phytochemical compound resveratrol. Resveratrol, a polyphenol antioxidant, has anti-inflammatory, anti-cancer, blood cholesterol lowering activities. Studies [...]

Learn AboutCorinthian Black RaisinsMythology The oldest known evidence regarding the cultivation of zante currant in Greece goes back to the 14th century A.D., but it is certain that from the ancient times people dried grapes to make raisins (currants). “Σταφίδες (stafides), ασταφίδες (astafides) or σταφυλίδες (stafylides)” are the names for currants or raisins mentioned in [...]