In Greek the word “sideritis” is literally translated as “he who is made of or has the iron”. The reason it has this name is that it was capable of healing wounds caused by iron weapons during battles. The ancient famous doctor Dioscorides has written about this herb. Cretans were using this herb for colds and respiratory diseases.

The beverage of mountain tea was widely known in Greece. It is hard to believe that no extensive scientific studies had been done on it, although, the last decade there is vivid interest for it and there are some really good results for its properties. Oftentimes is referred as a superfood. It has been confirmed that mountain tea has antioxidant, anti-inflammatory, antimicrobial and analgesic effects. Also, the extract of this herb contributes to the prevention of osteoporosis!

Mountain tea is not used for cooking. It is nevertheless one of the most famous Greek herbs (alongside chamomile), that Greeks use for hot beverages. It is delicious and aromatic and you can try drinking it with or without honey. 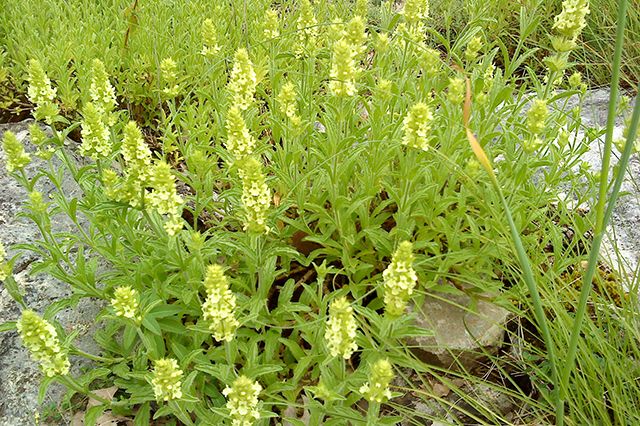 Learn AboutMountain Tea / SideritisBenefits Health Benefits Mountain tea contains a number of components such as flavonoids, diterpenes, phenylpropionate, iridoids, and monoterpenes. In recent years the mountain tea has found its place under the scientific microscope in order to verify its positive effects on the body. Laboratory studies show the beneficial effects of the mountain [...]

Learn AboutMountain TeaMythology In Greece it is known since antiquity and is first mentioned by Theophrastus and Dioscorides. The scientific name Siderites comes from the Greek word “σίδηρος” (sidiros) meaning iron and was given to the plant because of its ability to heal the wounds caused by iron objects. According to others it was named [...]

Side Effects of Mountain Tea / Sideritis

Learn AboutMountain TeaSide Effects There is not enough information to know if mountain tea is safe or what the possible side effects might be. Special Precautions & Warnings: Pregnancy and breast-feeding: Not enough is known about the use of mountain tea during pregnancy and breast-feeding. Stay on the safe side and avoid use. Low blood pressure: [...]