As it is known, ancient Greeks were using a great variety of herbs and leaves for healing reasons. Nettle was one of most important medical plants and it was extensively used by Hippocrates and Dioscorides, the great ancient doctors. Moreover, Romans were using it, to protect themselves from the cold.

Nettle is not the most favorite plant for people, due to the skin irritation that causes (to us). On the other hand, nettle can become totally harmless after a simple procedure. The usage of nettle has numerous benefits for our health and it is used by modern medicine as well. It is a good source of vitamin A, C, E, B1, B2, B3 and B5. Also, it contains large amounts of calcium, iron, folic acid, potassium, manganese, phosphorus and many other. Furthermore, nettle helps keeping away menstrual cramps, improves kidney function and it is believed that it enhances sexual function. At last, it has been found to have anticonvulsant activity in cases of rheumatism or sciatica.

Nettle is widely used a beverage, although there are some great dish recipes that contain it as well. For instance, nettle-pie is one of the greatest Greek pies, but it can also be added in soups and in some other really tasteful traditional dishes. Finally, nettle is also be used in a famous Italian risotto. 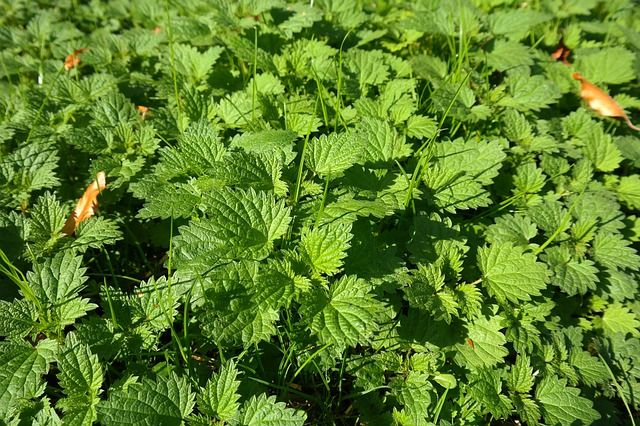 Learn AboutNettleBenefits Health Benefits   Stinging nettle is not the most favorite herb for the vast majority of people, due to its stings. For this reason there was no scientific research, but the last years there are some clues for its health benefits. Stinging nettle extract is used as an ingredient in hair and skin [...]

Learn AboutNettleMythology The Boy and the Nettle A boy playing in the fields was stung by a nettle. He ran home to his mother, telling her that he had touched that nasty weed and it had stung him. "It was just your touching it, my boy," said the mother, "that caused it to sting you; [...]

Side Effects of Nettle

Learn AboutNettleSide Effects Stinging nettle is possibly safe when taken by mouth for up to 2 years or when applied to the skin appropriately. However, it might cause stomach complaints and sweating. Touching the stinging nettle plant can cause skin irritation. Special Precautions & Warnings: Pregnancy and breast-feeding: Stinging nettle is likely unsafe to take during pregnancy. [...]