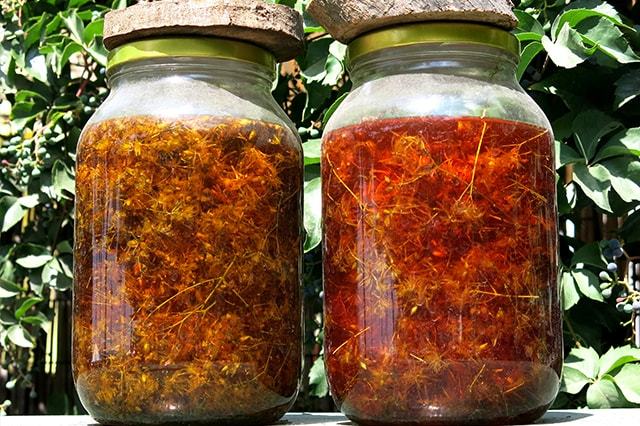 As for St. John’s Wort… plus It should be considered that people with high blood pressure should avoid using it.

St John’s wort is likely safe when taken by mouth for up to 12 weeks. Some evidence suggests it can be used safely for over one year. It can cause some side effects such as trouble sleeping, vivid dreams, restlessness, anxiety, irritability, stomach upset, fatigue, dry mouth, dizziness, headache, skin rash, diarrhea and tingling. Take St John’s wort in the morning or lower the dose if it seems to be causing sleep problems.

Pregnancy and breast-feeding: St John’s wort is possibly unsafe when taken by mouth during pregnancy. There is some evidence that it can cause birth defects in unborn rats. No one yet knows whether it has the same effect in unborn humans. Nursing infants of mothers who take St John’s wort can experience colic, drowsiness and listlessness. Until more is known, do not use St John’s wort if you are pregnant or breast-feeding.

Children: St John’s work is possibly safe when taken by mouth for up to 8 weeks in children 6-17 years-old.

Infertility: There are some concerns that St John’s wort might interfere with conceiving a child. If you are trying to conceive, do not use St John’s wort, especially if you have known fertility problems.

Schizophrenia: St John’s wort might bring on psychosis in some people with schizophrenia.

Anesthesia: Use of anesthesia in people who have used St John’s wort for six months may lead to serious heart complications during surgery. Stop using St John’s wort at least two weeks prior to a scheduled surgery.

Surgery: St John’s wort might affect serotonin levels in the brain and as a result interfere with surgical procedures. Stop using St John’s wort at least two weeks prior to a scheduled surgery.