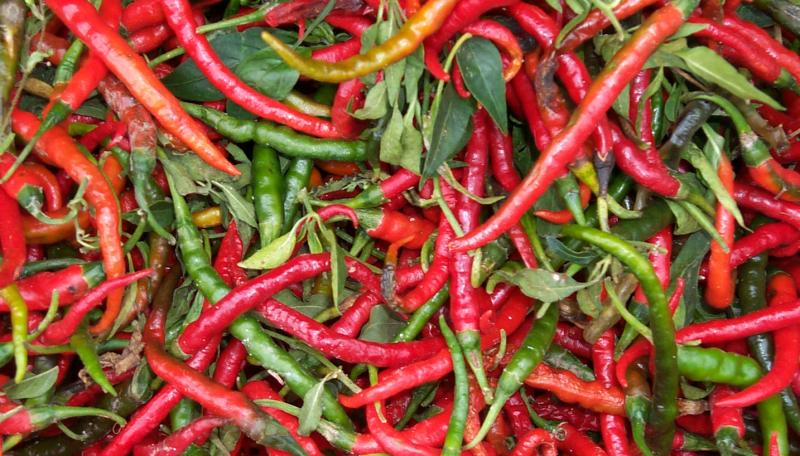 People who request an extra kick to their curry could also be adding years to their life, according to a large study which linked frequent consumption of spicy food to longevity.

As the study, published in the BMJ on Tuesday, was observational, conclusions could not be drawn about cause and effect but the team of international authors, led by researchers at the Chinese Academy of Medical Sciences, suggested that more research could lead to dietary advice being updated. Experts warned that the study did not provide evidence to “prompt a change in diet”.

In an accompanying editorial to the research, Nita Forouhi, from the University of Cambridge, said that there had been suggestions already of many potential benefits from chilli and its bioactive compound capsaicin; these included anti-oxidant, anti-inflammatory and anti-cancer properties. Scientists had also noted the benefits for gut microbiota and anti-obesity effects from chilli. “Future research is needed to establish whether spicy food consumption has the potential to improve health and reduce mortality directly, or if it is merely a marker of other dietary and lifestyle factors.”

The study involved people aged between 35 and 79 from 10 geographically diverse areas across China. The research ran from 2004 to 2008. During a median follow-up of 7.2 years there were 20,224 deaths. Participants with a history of serious disease were excluded, and factors such as age, marital status, education, physical activity, family history and general diet, were taken into account.

The participants in the study were asked about the type of spicy foods they ate and how often they consumed them. Chilli pepper, among the most popular spicy foods eaten in China, was the most commonly used spice noted in the responses. However, the authors pointed out that the use of other types of spices generally increased with that of chilli pepper.

Further analysis showed those who consumed fresh, as opposed to dry, chilli tended to have a lower risk of death from cancer, ischaemic heart disease and diabetes.

Kevin McConway, professor of applied statistics at the Open University, warned against reading too much into the results. “Maybe this is something in the way spices are used in Chinese cooking, or [it is] related to other things people eat or drink with the spicy food. Maybe it has something to do with the sort of people, in China, who tend to eat more spicy food.

“The Chinese population that they studied is different from the population in Britain, in terms of cooking practices, social relations, health care systems, genetics, and a lot else. And it’s important to realise that the study gives very little encouragement for the stereotypical English pastime of going out for several pints of beer and a hot curry. The relationship between eating spicy food and a lower death rate was apparent really only in people who didn’t drink alcohol at all.”